How long do puppies drink milk from their mother?

Weaning and lactation period in dogs

Weaning is a process in which a puppy is said to have started the transition from exclusive breastfeeding unto solid foods. This process occurs at around 3 to 4 weeks of age, within this time, the puppies should be fed on puppy food, reducing the dependence on their mother.

Breastfeeding is a very vital process of the health and development of puppies. The mother’s breast milk provides the nutrition and antibodies the puppies need to fight off disease and it is the only diet they are required to receive during the first three to four weeks of their life. After this time, the puppies would begin to teeth, making breastfeeding uncomfortable for the mother. This discomfort would make the mom spend more time away from the enclosure where the puppies are kept, providing you with ample opportunity to gradually change the puppy’s diet from their mother’s milk to solid foods. This usually happens for approximately four weeks.

To reduce the discomfort on the puppies that comes with adapting to a new diet, The process of weaning should be gradual, It is advised that you start by offering an equal mixture of the mother’s milk and a water replacement formula in a large, shallow dish. Once they have adapted to eating from the plate, move unto mixing some wet or dry food that is specifically formulated for puppies, while you decrease the volume of the formula and water, increase the volume of solid food throughout the weaning period of four weeks, until the puppies are constantly eating solid food.

The weaning process can be quite complicated at first, As the puppies who are just adapting to the taste of new food, often smell it and still get to walk through it, This means that you’re going to have to clean them up after each attempt to get them into eating solid foods. Make use of paper towels softened with warm water to clean them up after meals, and dry them so they don’t catch a cold.

Ensure to put them back in with their mother. One way to make the process of cleaning the food area easier for yourself is by placing the bowl in a confined area, such as a bathtub, this prevents small food particles from falling to unto your carpets or furniture before you have a chance to clean them.

Dealing with a Reluctant Mom

Although most dogs naturally begin to cut down on breastfeeding their young from 4 weeks of age, some do not. If your dog does not begin to distance itself from the puppies, it is up to you to separate them from it for an hour, or two, each day, during which you can give your mixture of the formula and food. Make sure you engage the mother in a fun game or give her some sort of special attention to stop her from feeling anxious as a result of the separation.

As at the end of the weaning process; at about 8 weeks of age, the puppies must have fully adjustable to eating solid foods exclusively formulated for puppies. The puppies should be fed four times each day, and they should have fresh water at their disposal at all times.

When the puppies are completely weaned, that is between 8 and 12 weeks of age, they can be adopted because they are no longer dependent on the mother for nutrition. Kindly note that the minimum age for adaption is 8 weeks. 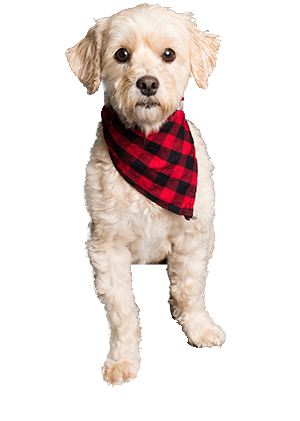